The two ponds in Colony Lakes attract a variety of wildlife and lure residents for pleasant fishing experiences. The ponds also receive runoff from the community’s road drains, which prevents flooding of the streets. It is important to remember that while fishing is permitted for residents, the fish must not be eaten.

Remember that nobody is permitted to swim in the ponds, put boats in the ponds, or fish on the ice. These rules are published in the governing documents that can be found on the web site. Fishing is allowed from the shoreline only.

Why all the Weeds?

They aren’t weeds; they are sign of a “healthy” pond. You’ll find a diverse group of plant species at the ponds, consisting of: spike rush, soft-stem bulrush, blue-flag iris, milkweeds, sedges, and native grasses. These emergent & terrestrial plants are important for attracting wildlife species, such as waterfowl (e.g. ducks, herons, and egrets), frogs, and turtles. The plant buffer also helps keep geese away because they prefer to graze on shorter grasses, such as mowed lawns. Many of these plants are where native Illinois butterflies prefer to lay their eggs.

Spotlight on the East Pond

The survey showed that largemouth bass, bluegill, and black crappie were the principal fish species in the east pond, although some green sunfish and yellow perch were found as well. Most of the fish captured and released were intermediate-sized (7 1/2″ long) and the largest bass caught was 12.1″ long. The study reflected a young population of fish in the east pond.

Spotlight on the West Pond

In the west pond, largemouth bass and bluegill were the principal fish species although some young black crappie and one adult bluegill/green sunfish hybrid were found. Unlike the east pond, young-of-year bass were well represented in the west pond.

Overall, both ponds contained good fish population. Fishing is great for children or beginners but anglers seeking large or even harvestable-sized fish will probably not find the fishing to be most desirable. It is imperative that we continue to maintain & enlarge the buffer of native vegetation around the ponds, where it is feasible. 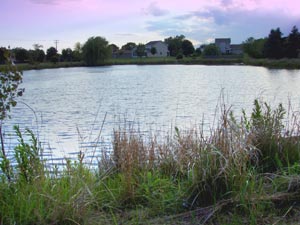 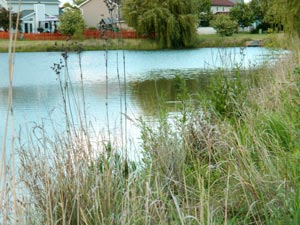 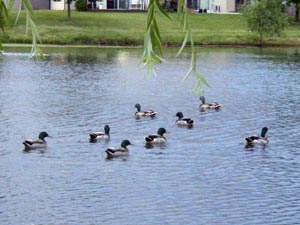